Hugo, Colorado, in Black and White 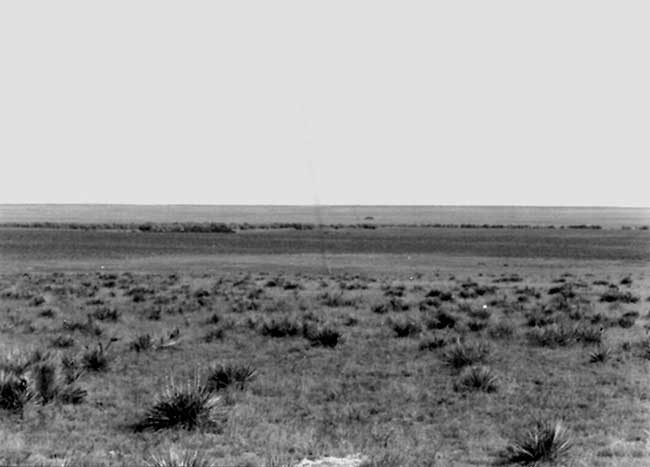 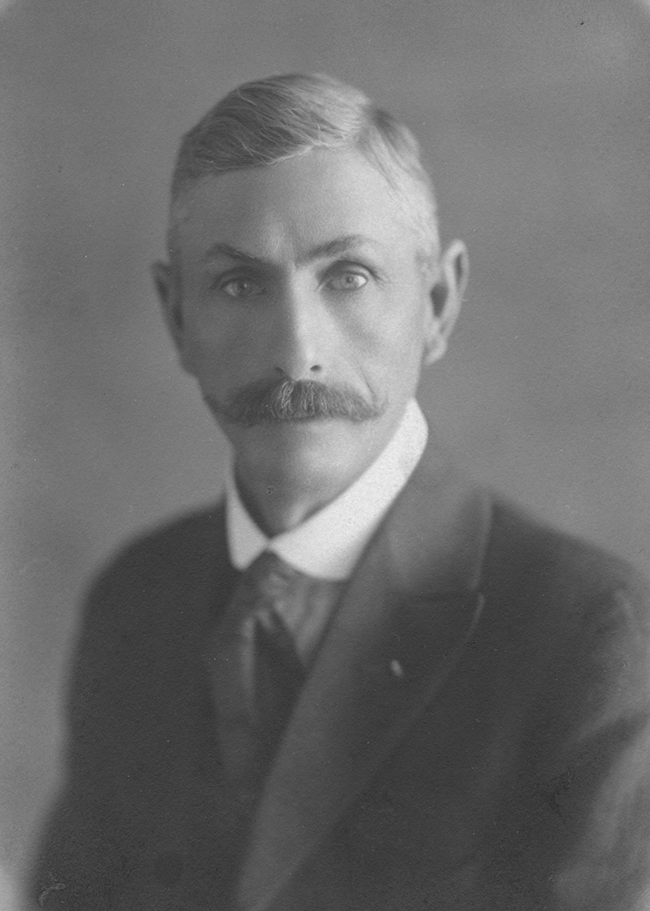 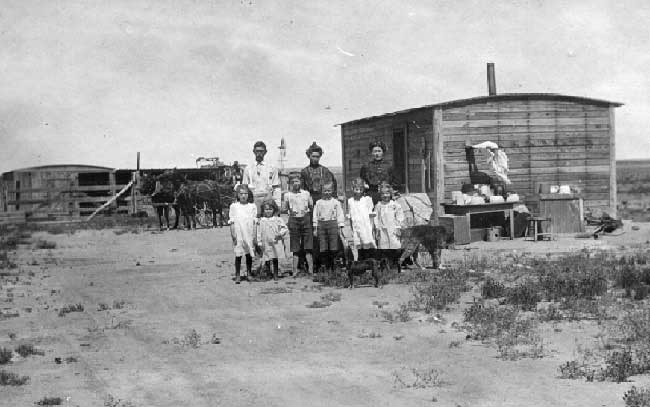 Out on the homestead, about 1907. From left, S.E. Keepers, his sister Sadie Noble, his wife Laura Randall Keepers, and their children: Dolly, Dulcie, Vernon and Chub Keepers, and Verna and May Noble. The little dog is Nipper. 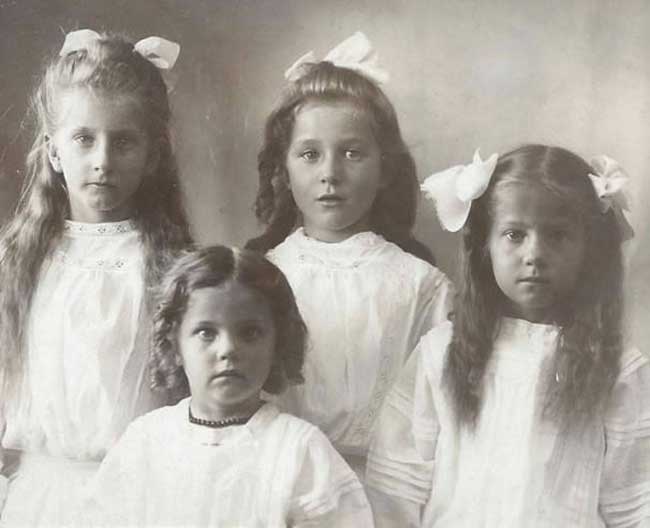 The cousins, also among the children shown at the early homestead: Dolly and Dulcie Keepers and Verna and May Noble. Verna Noble can be seen in a later photo with Mr. Keepers and his housekeeper, Mrs. Roberts. 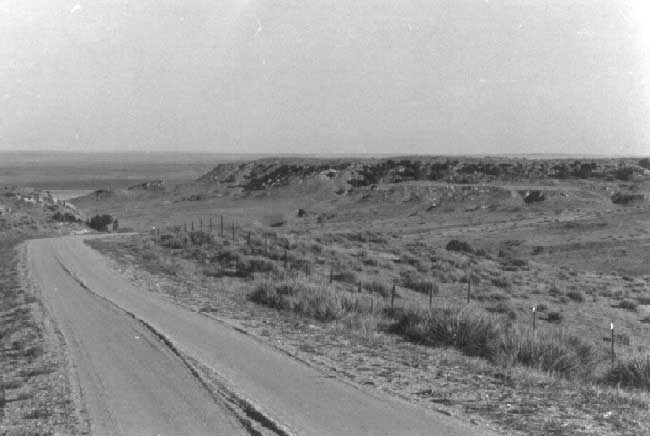 The Breaks relieve the vast flatness of the Colorado eastern plains near Hugo. 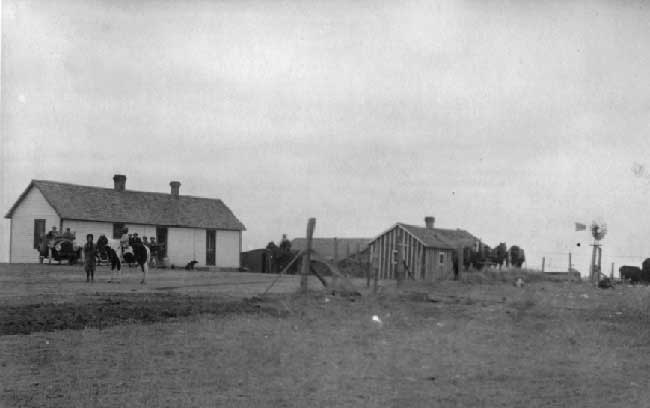 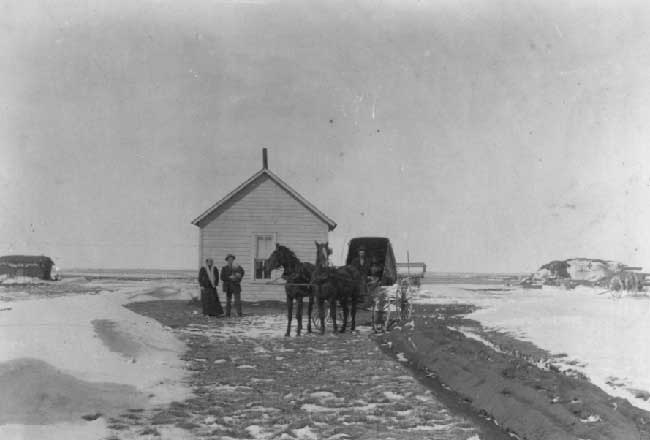 The Keepers Homestead in Winter. 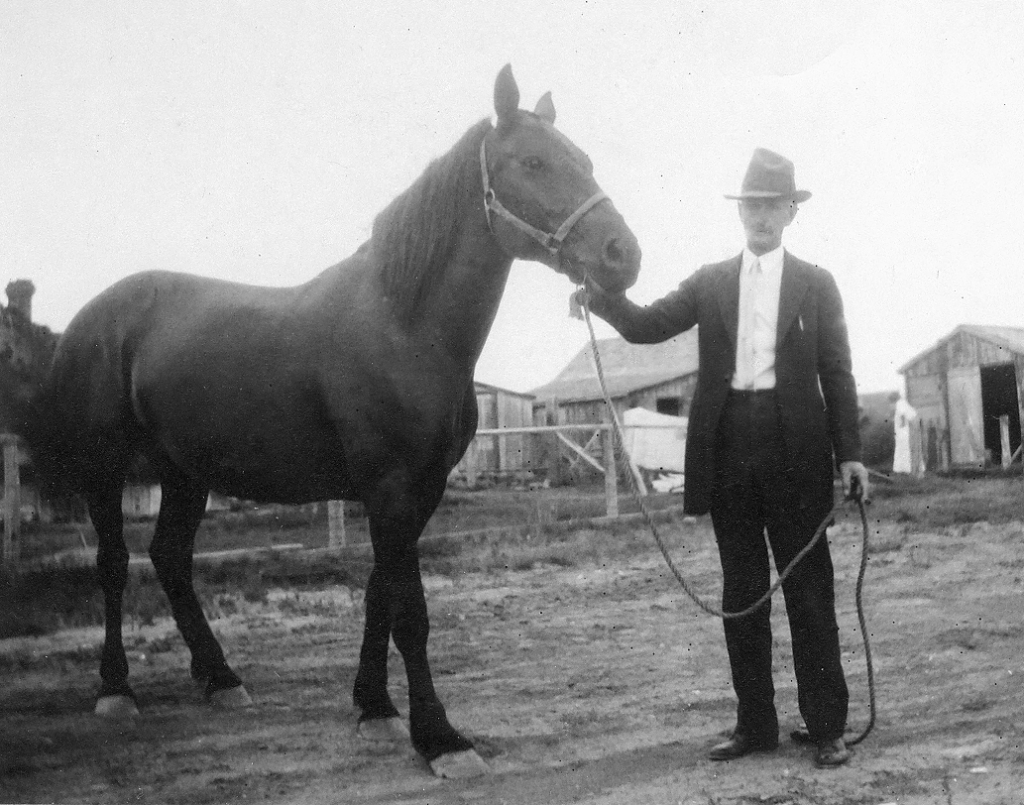 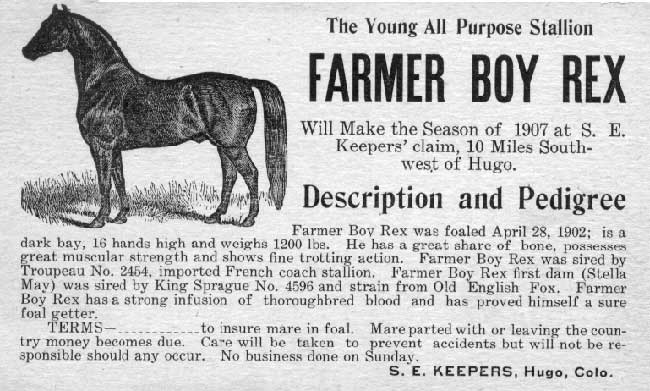 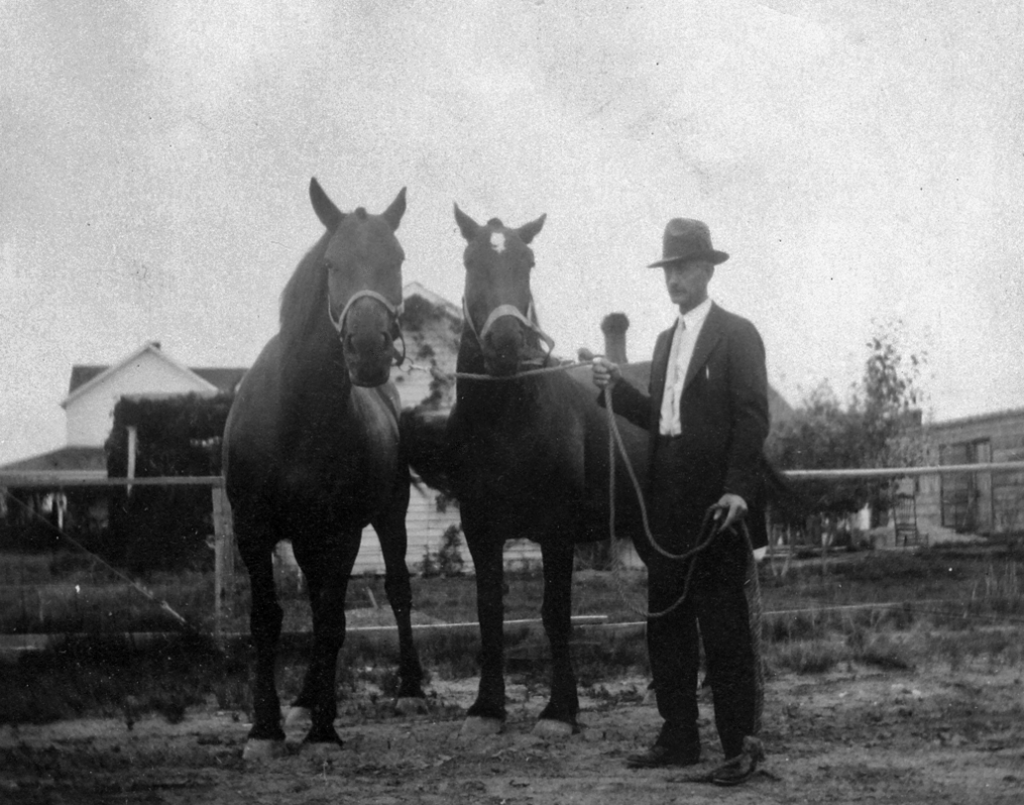 Grandpa and the Mares. 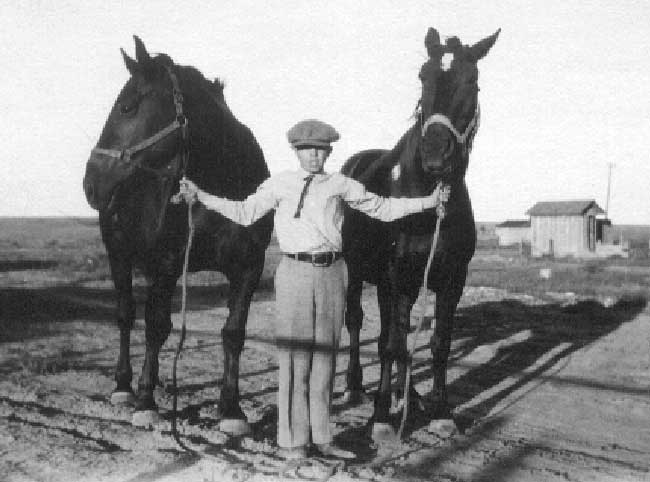 Terry’s Dad, Steve, and the Mares. 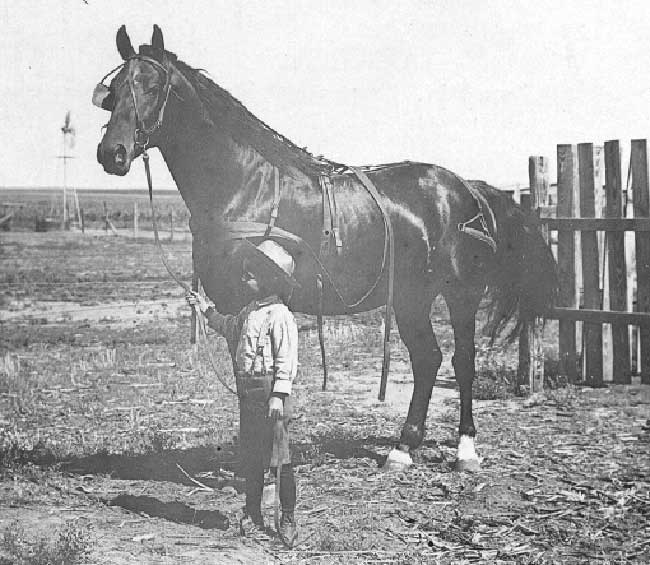 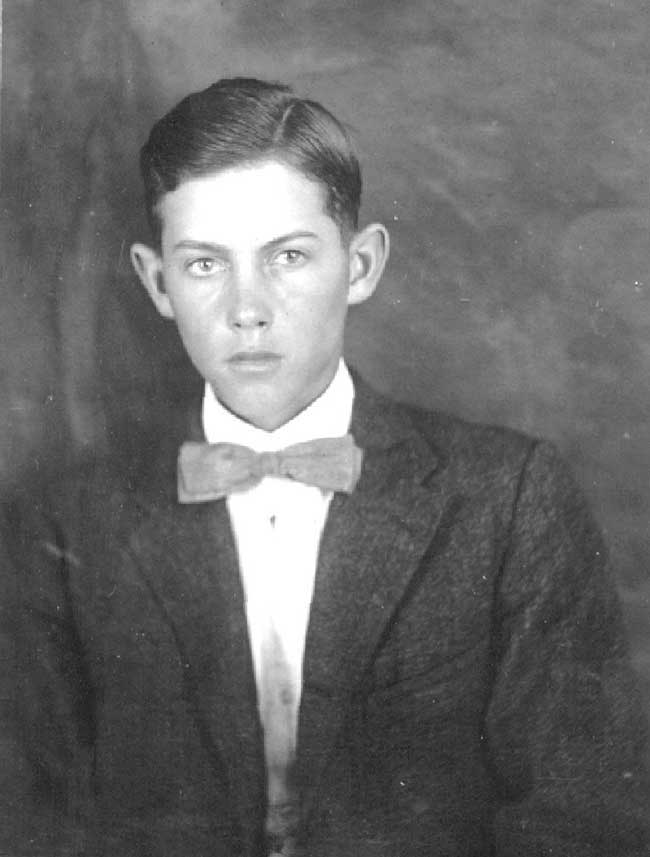 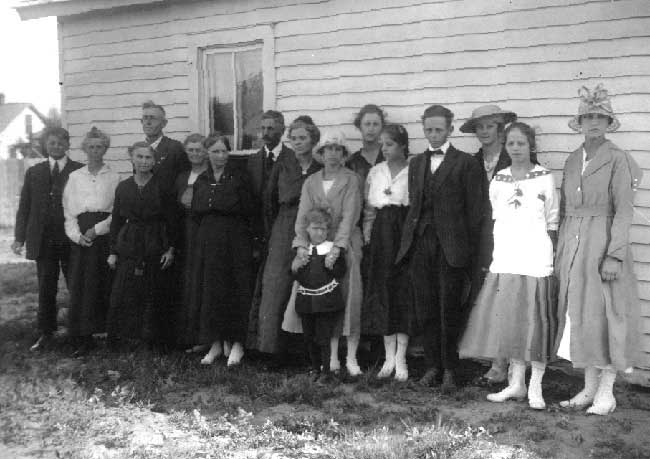 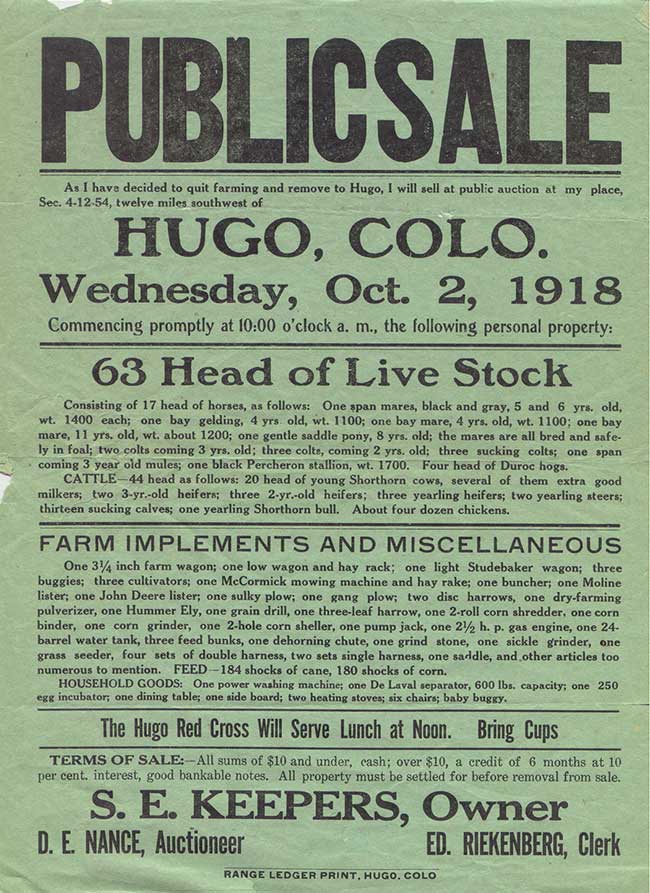 After Vernon’s death in 1918, the family sold the farm and moved to town. 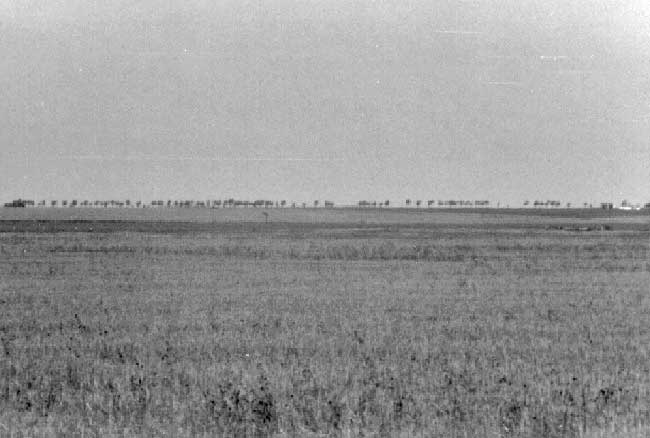 Distant trees on the prairie horizon. 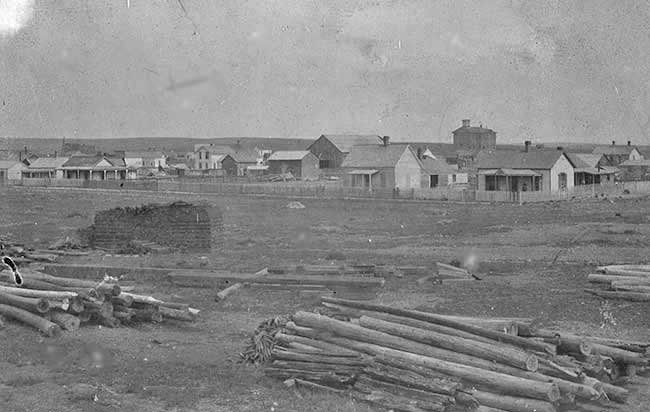 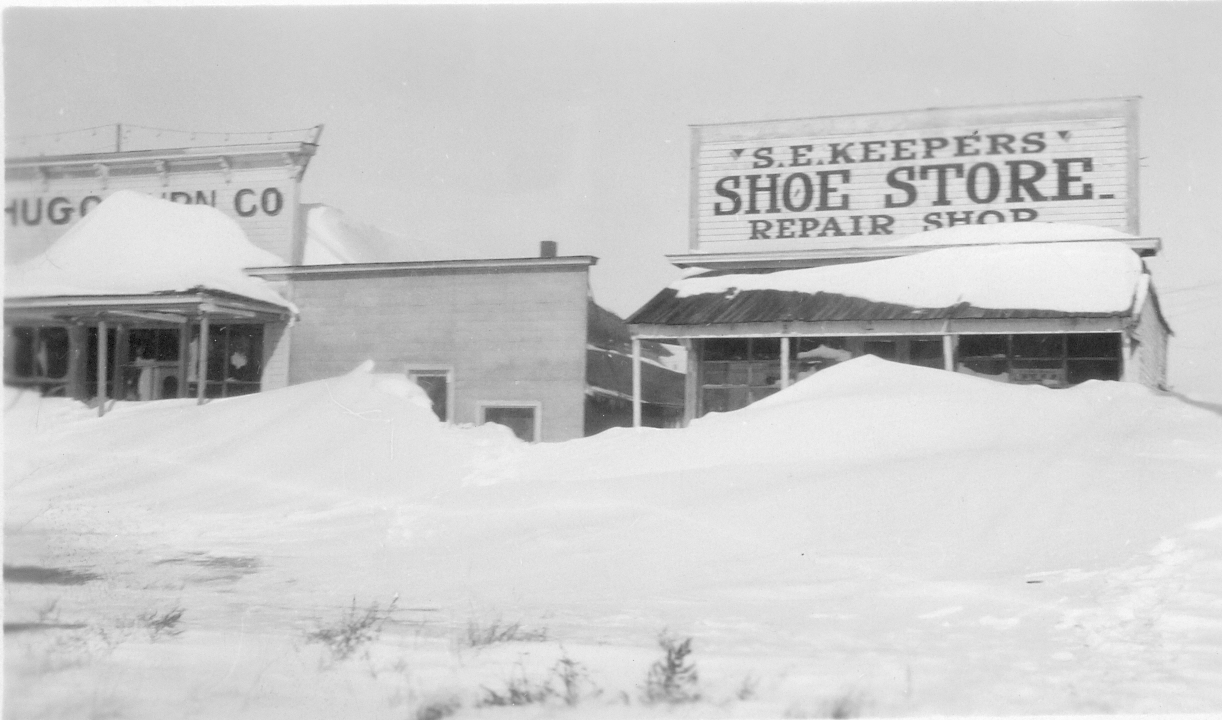 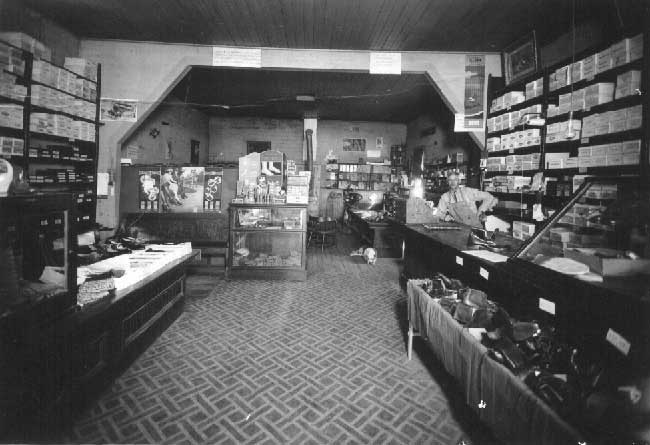 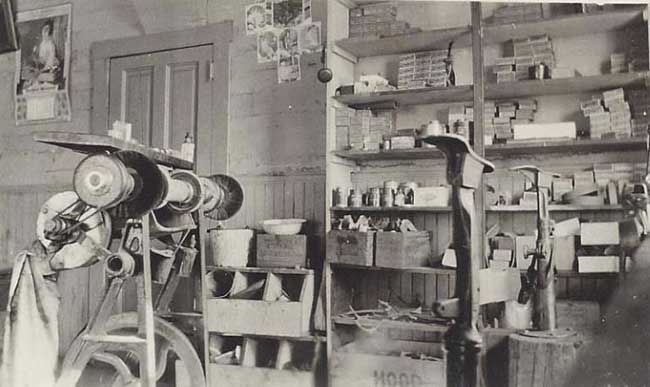 The People’s Shoe Store. Grandpa ran this store after the family moved to town following Vernon’s death. You had to be careful around the machinery because the wheels and belts could take your arm off. 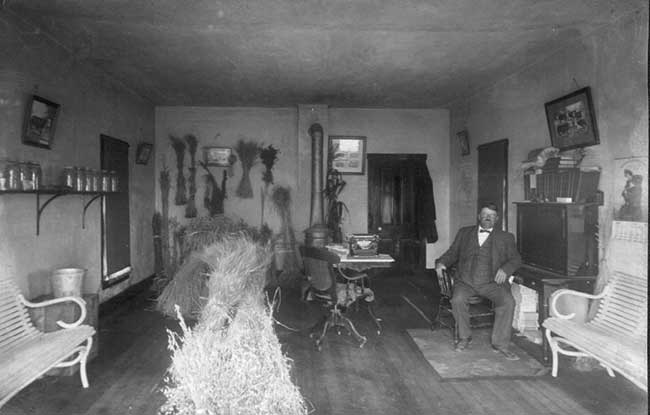 Dan Willson’s office in Hugo. Ads for Dan’s “New Saloon and Billiard Hall” touted “The choicest Wines, Liquors and Cigars,” wholesale and retail, along with “Beer always on draught.” 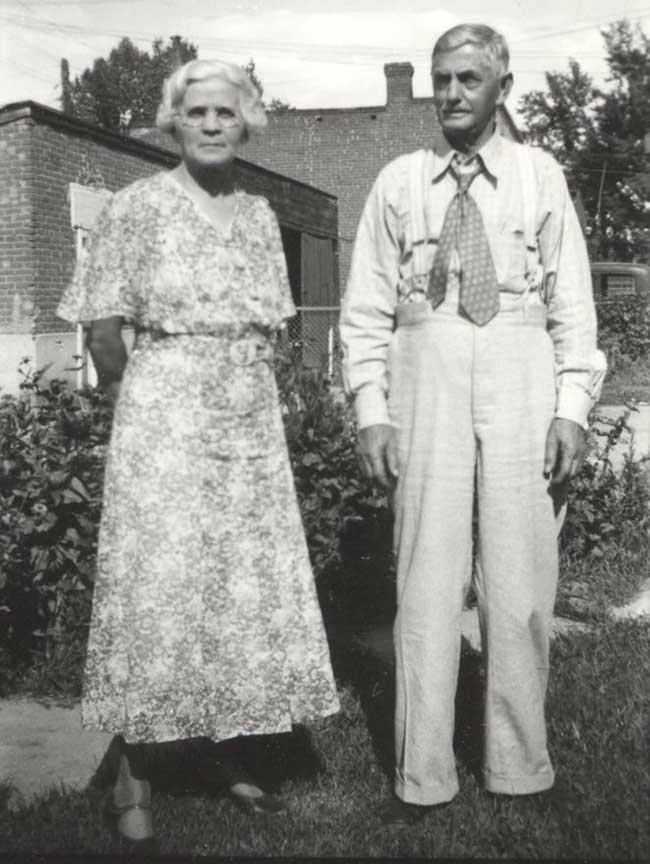 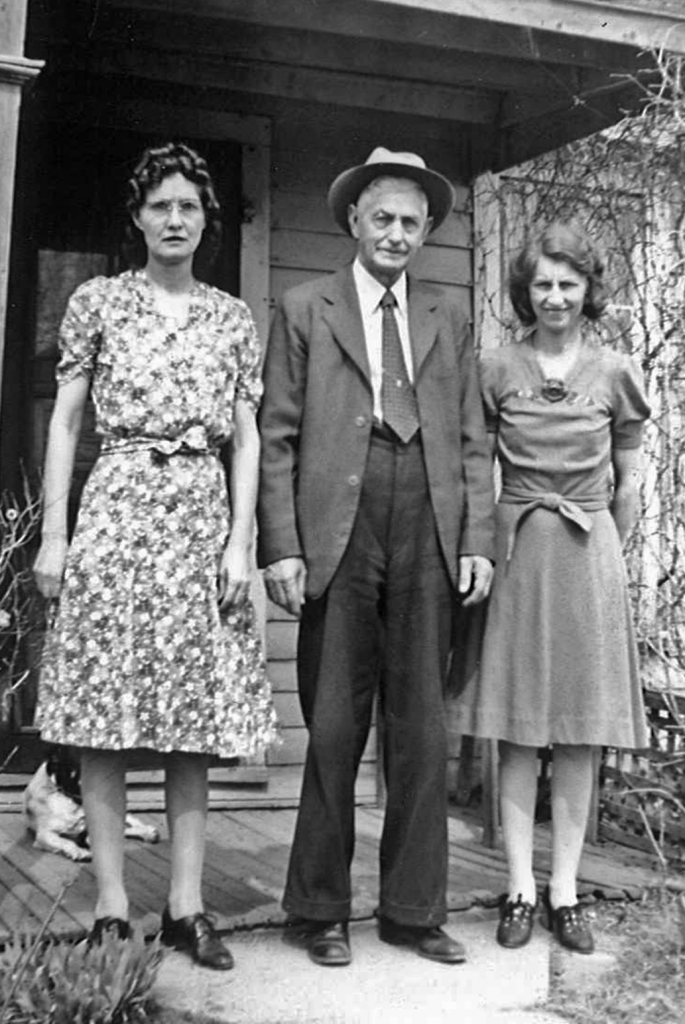 Mrs. Roberts (Grandpa’s housekeeper), Grandpa, and his niece Verna Noble Bowhan on the front porch of Grandpa’s house, which was built around a train car. 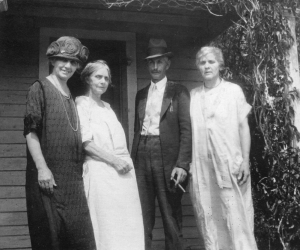 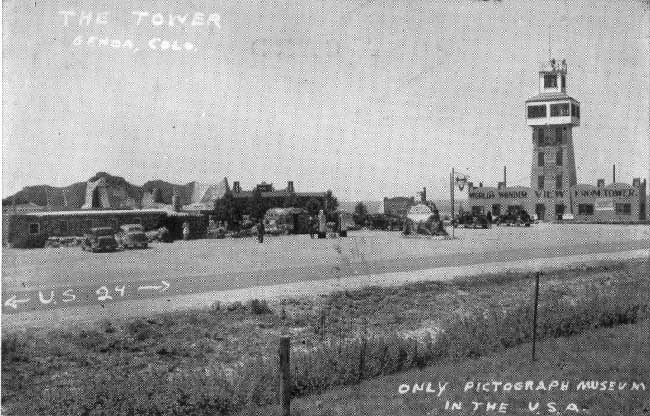 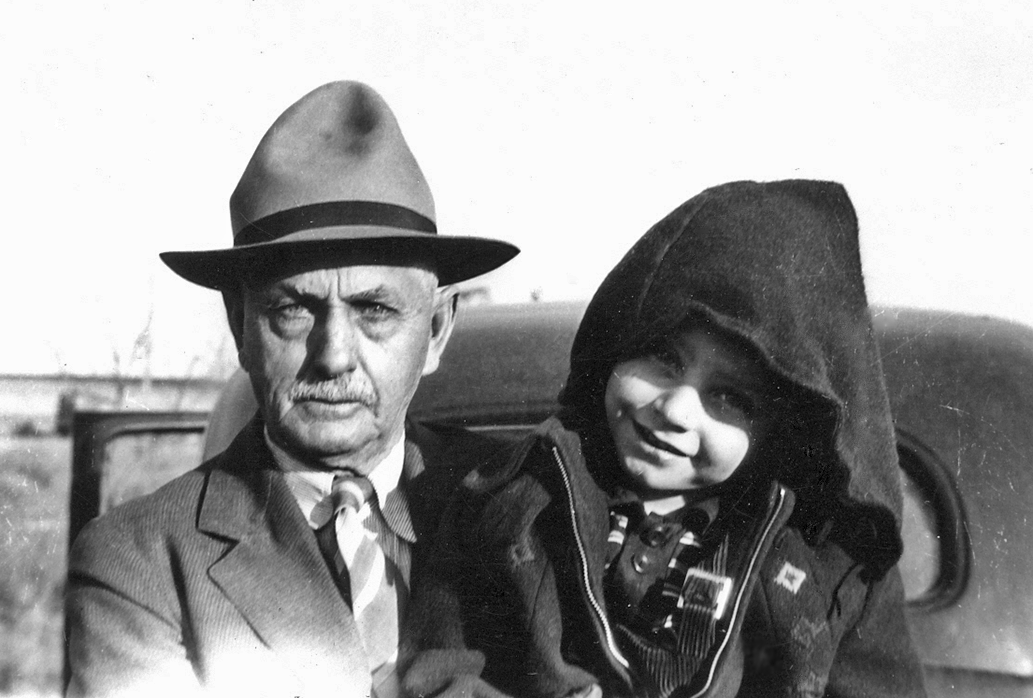 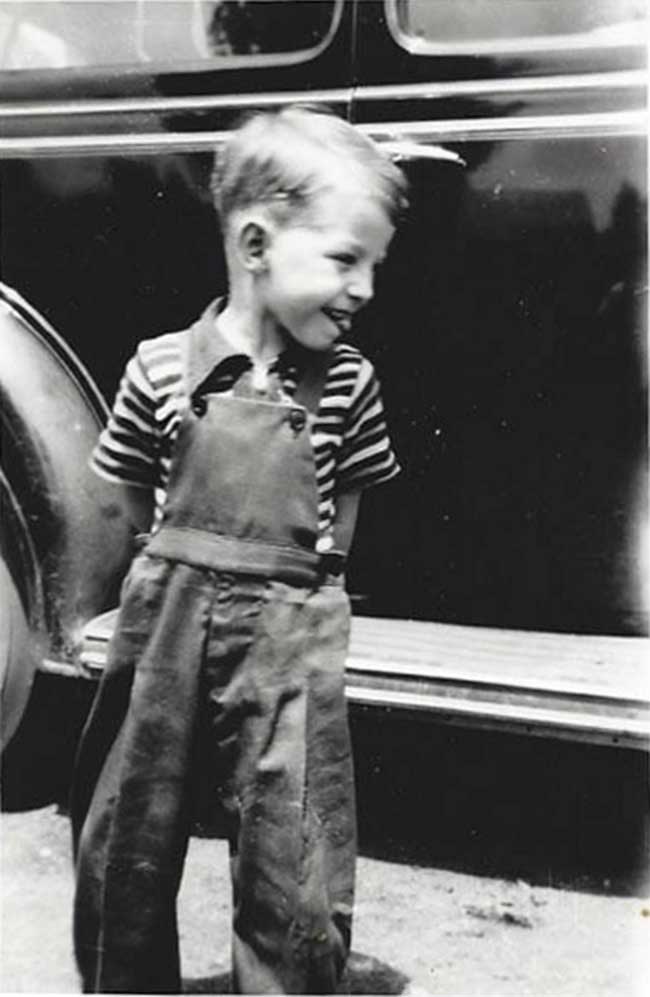 Terry, possibly planning his next interesting, off-limits exploration. His mother said she found him at age 2 (a little younger than he is here) on top of the filling station roof after the family stopped to get gas. 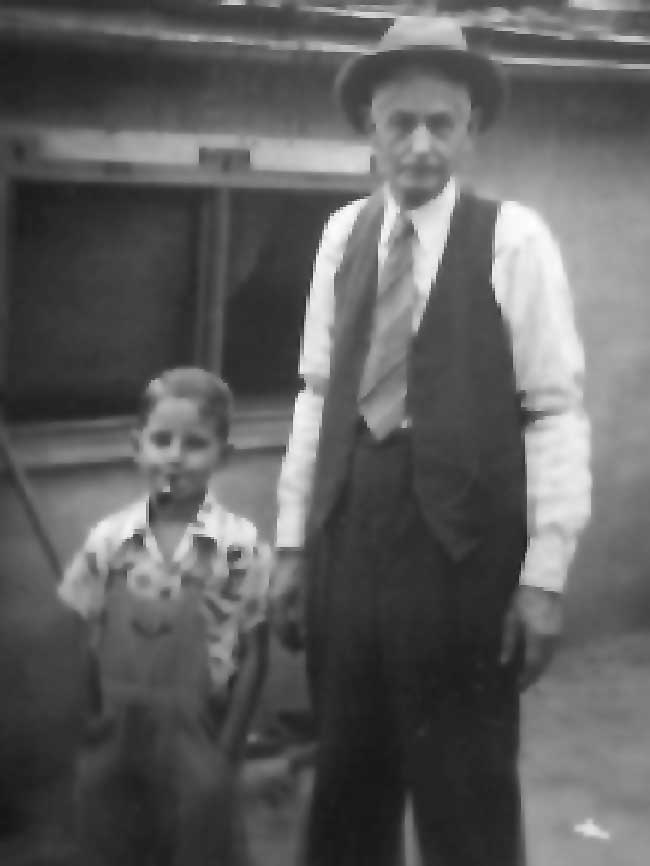 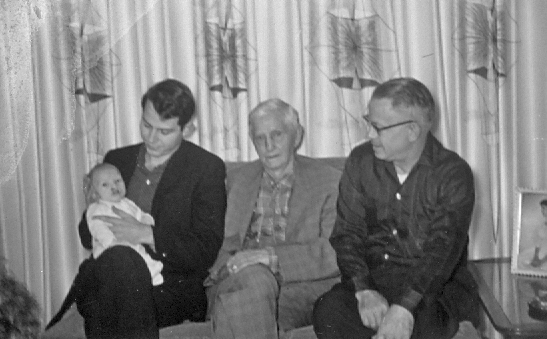 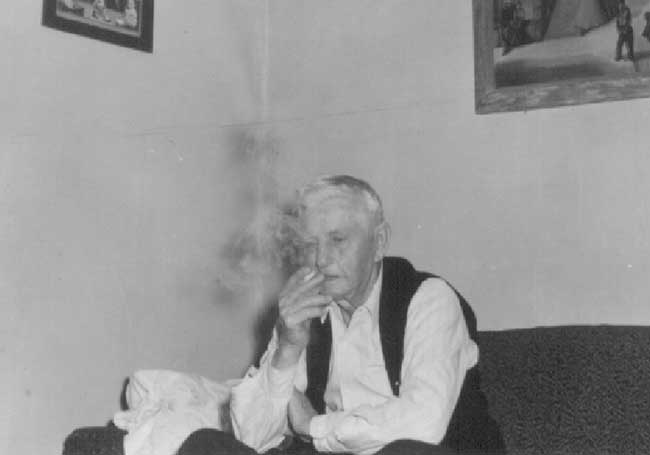